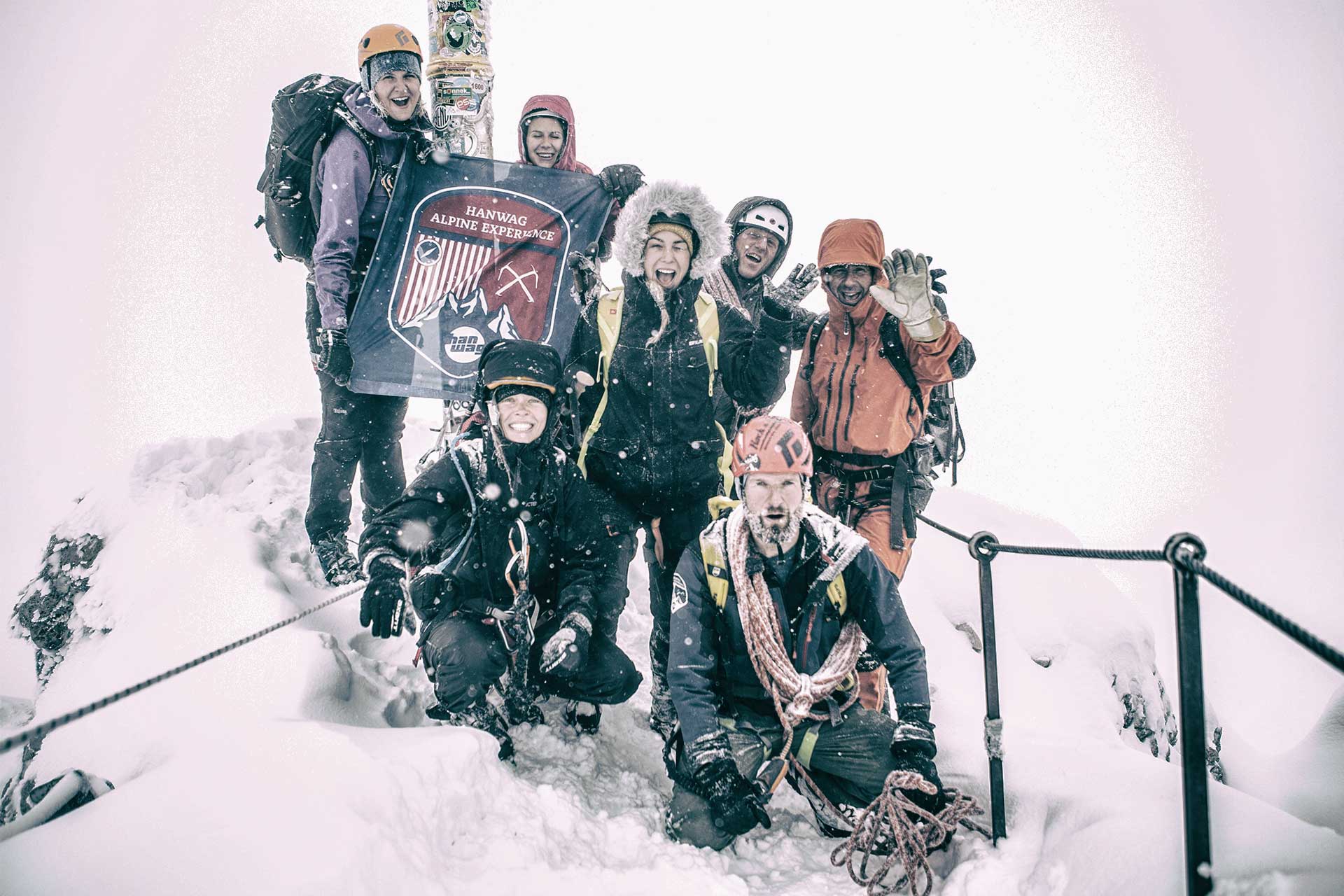 inter is with us. And winter conditions mean challenging winter mountaineering. This year’s Hanwag Alpine Experience saw temperatures down to minus ten degrees Celsius and 30 centimetres of fresh snow.

On Tuesday, 19 September, 45 participants climbed the 2,962-metre Zugspitze while this year’s edition of Hanwag Alpine Experience. They were accompanied by mountain guides from the Mountain Elements mountaineering school. Due to the winter conditions, it was possible to ascend via the Reintal and Stopselzieher routes only.

What an exciting week for participants in the Hanwag Alpine Experience 2017. After making their way to the Bavarian Alps from all over the world, first up on Sunday, was to meet with the Mountain Elements alpine guides to hear about the conditions and discuss the routes. During the detailed briefing, it was decided unanimously that, once again, it would not be possible to climb the Zugspitze by all four planned routes. Given the sub-zero temperatures and fresh snowfall, the Jubliäumsgrat (Jubilee Ridge) and Höllental (Hell Valley) would be too dangerous. Instead, the 45 mountaineers and the guides were going to head for the summit via the Reintal and Stopselzieherroute (Corkscrew route), carrying winter equipment and wearing Hanwag MAKRA COMBI GTX mountaineering boots. 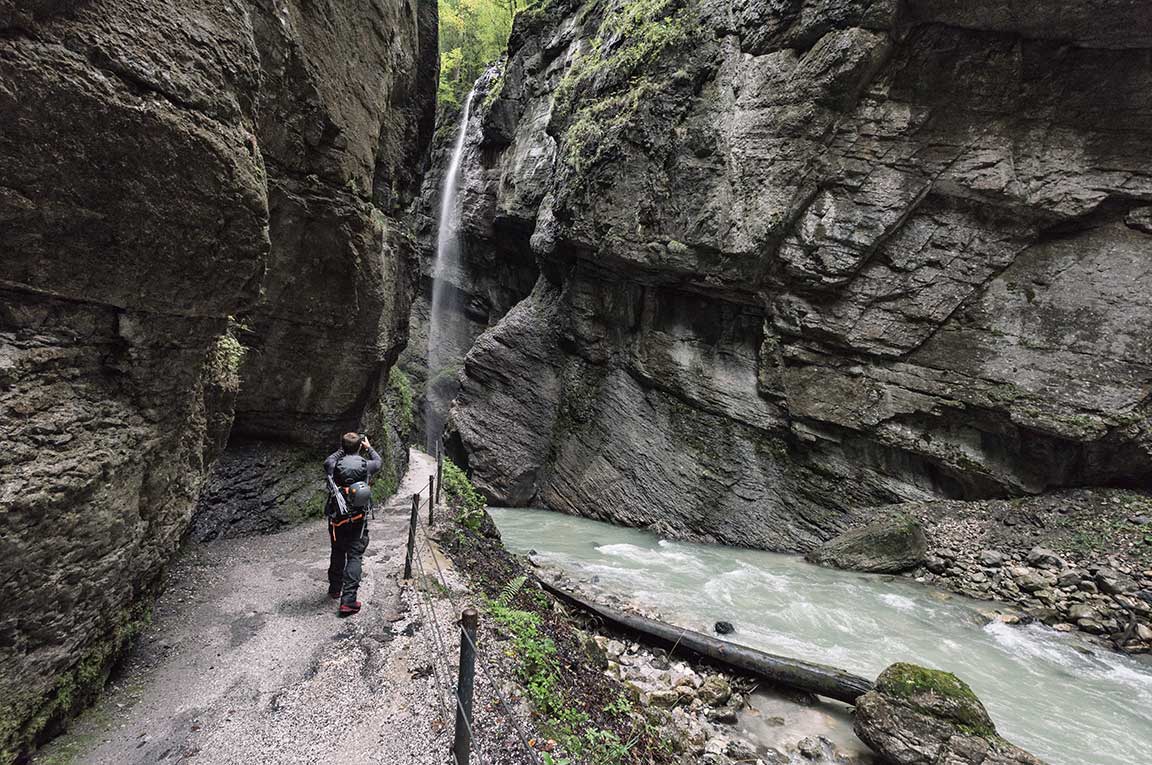 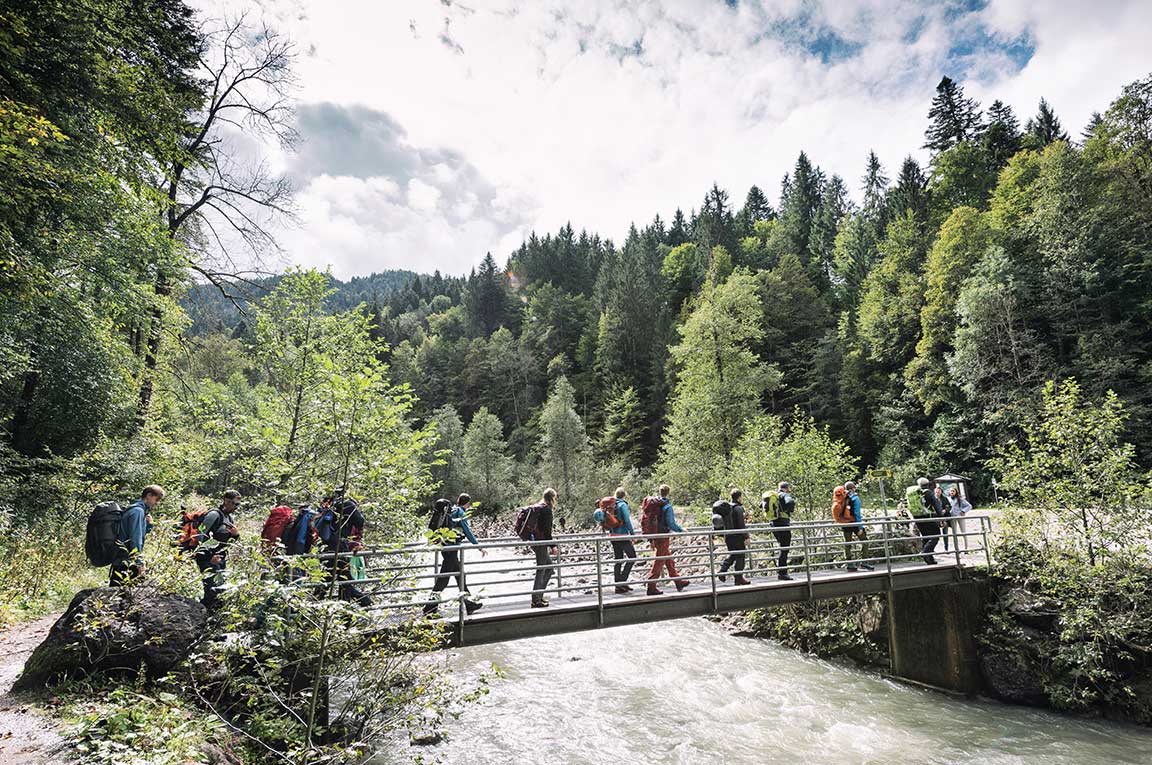 Both groups set out on Monday morning. A first group of 14 participants was brought to the Olympic Ski Stadium from where they headed through the impressive Parntachklamm (Partnach Gorge) to pick up the Reintal route. 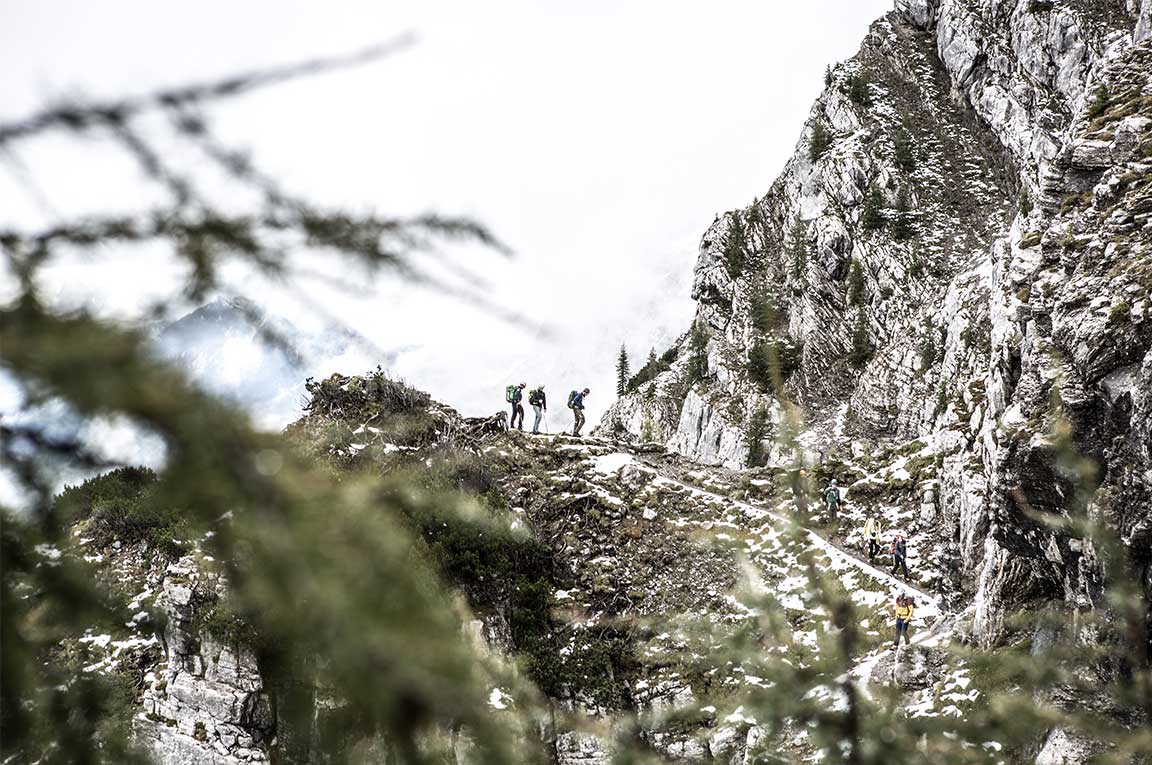 The second group of 31 guests hiked up directly from the Eibsee hotel in the direction of the Austrian border to the Stopselzieher route. Approaching the Zugspitze from opposite sides, the groups met with very different weather conditions. 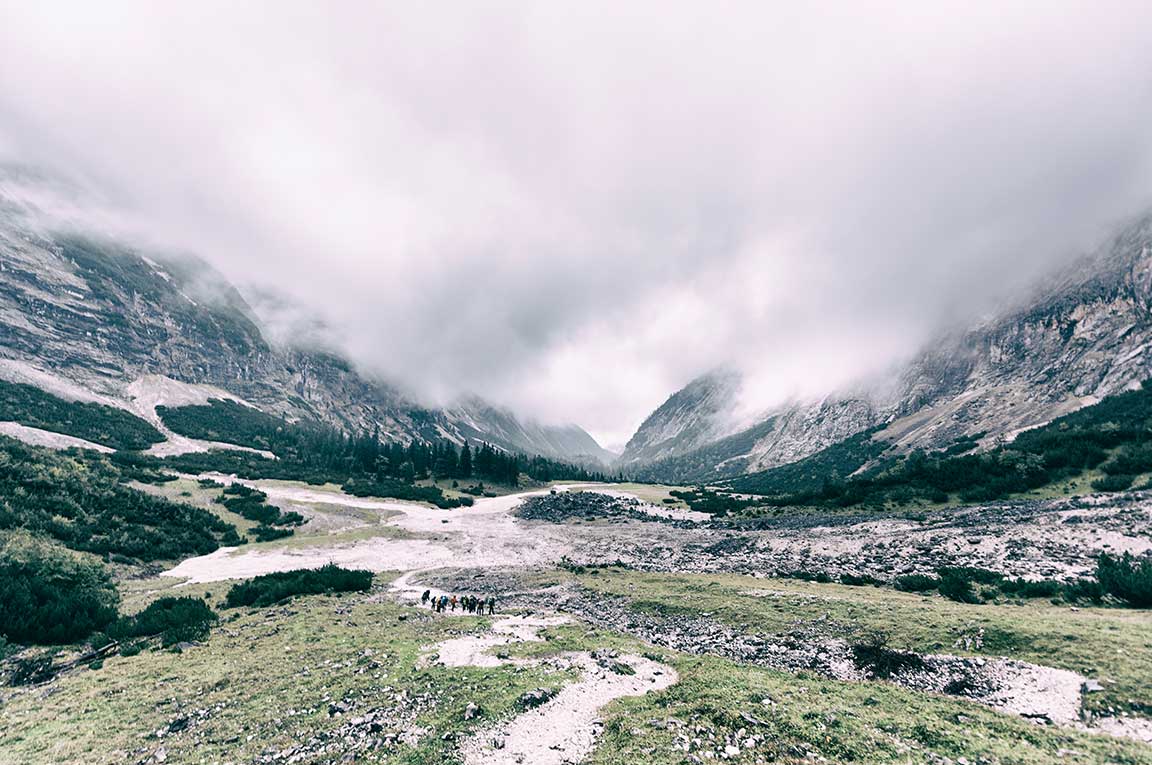 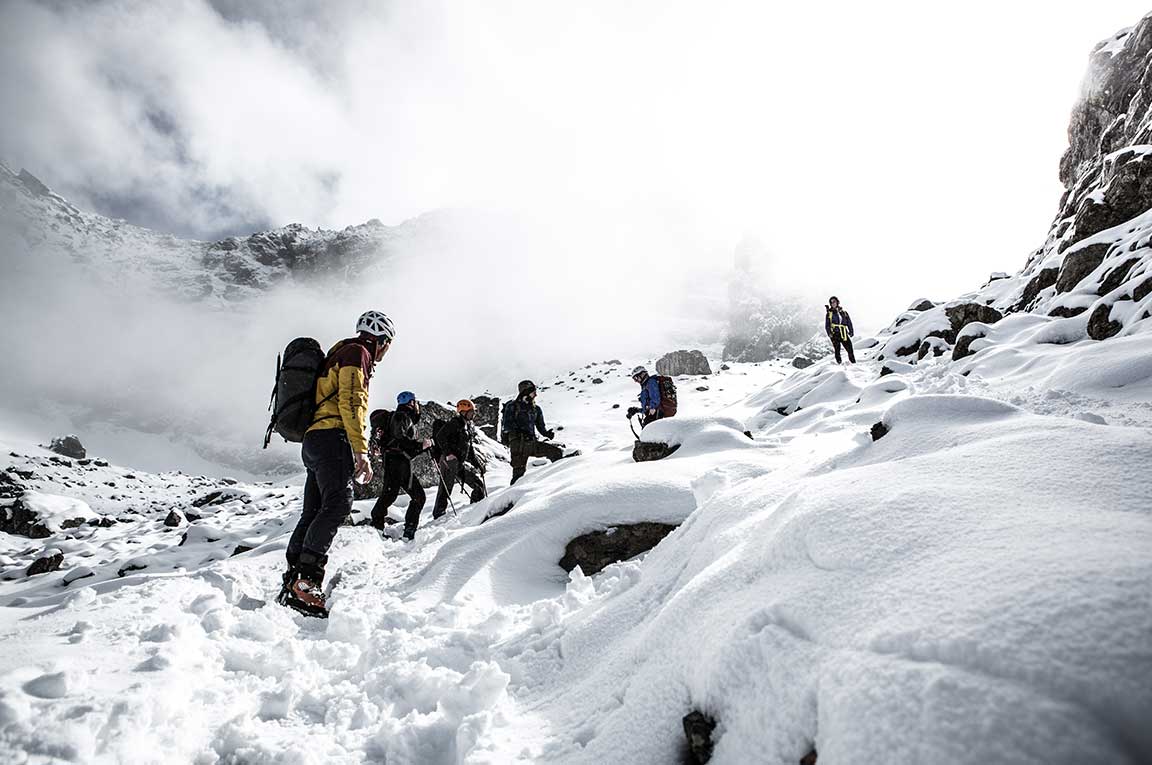 In the Reintal, the mountaineers were rained on all the way to the Reintalanger Hut, while on the Austrian side of the border it snowed before the sun came out just as the party reached the Wiener Neustädter Hut. 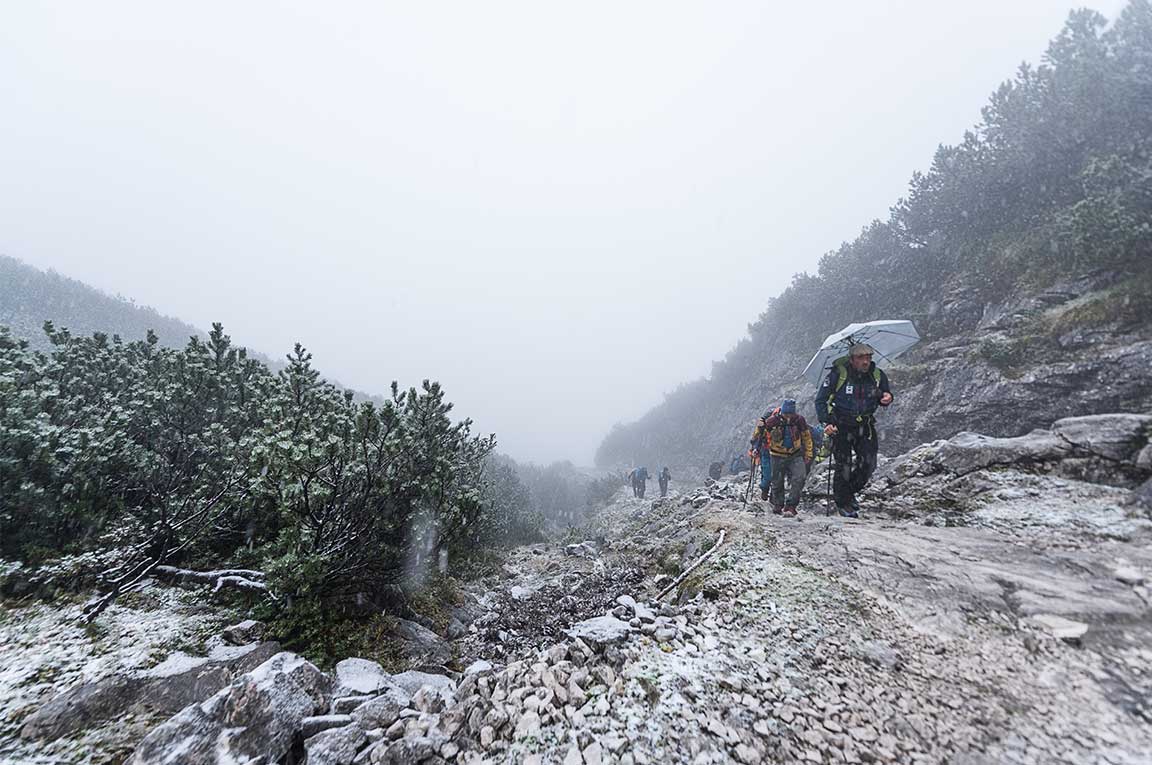 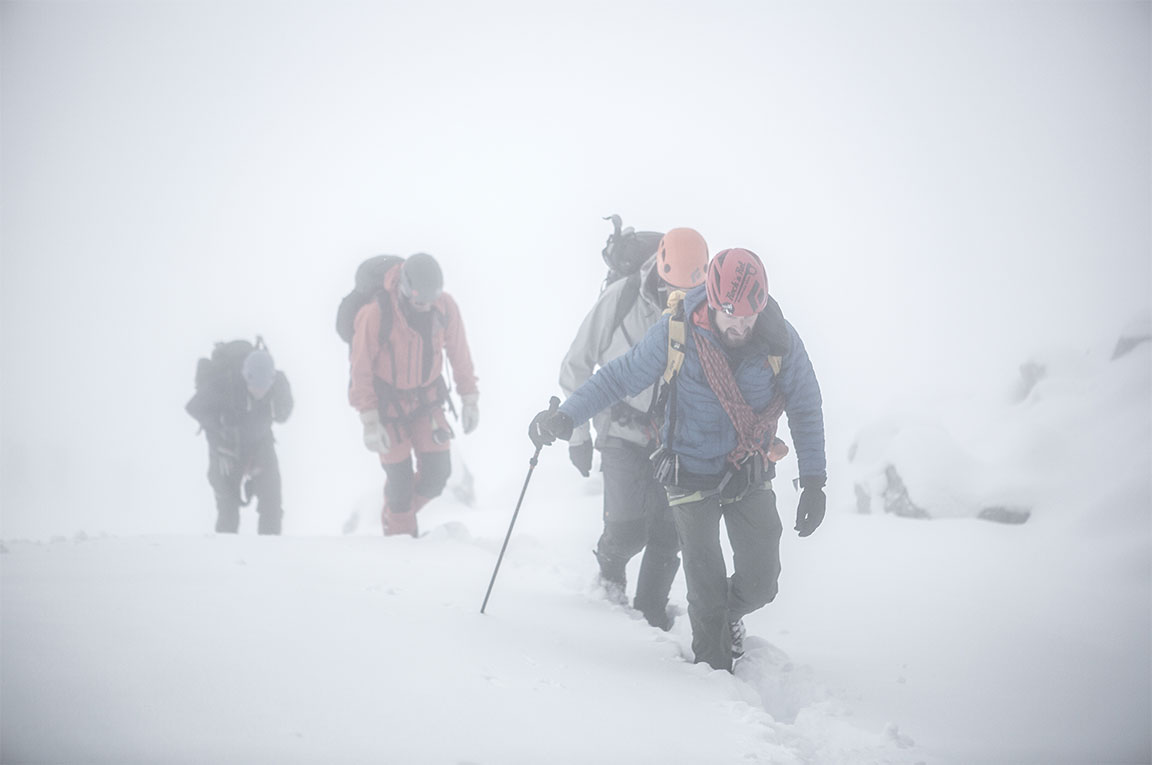 After spending the night in their respective mountain huts, Tuesday brought large amounts of fresh snow for the two groups. Both the Stopselzieher via ferrata and the Reintal lead up over the Zugspitzplatt (Zugspitz plateau) which meant icy conditions and heavy snow for all parties. 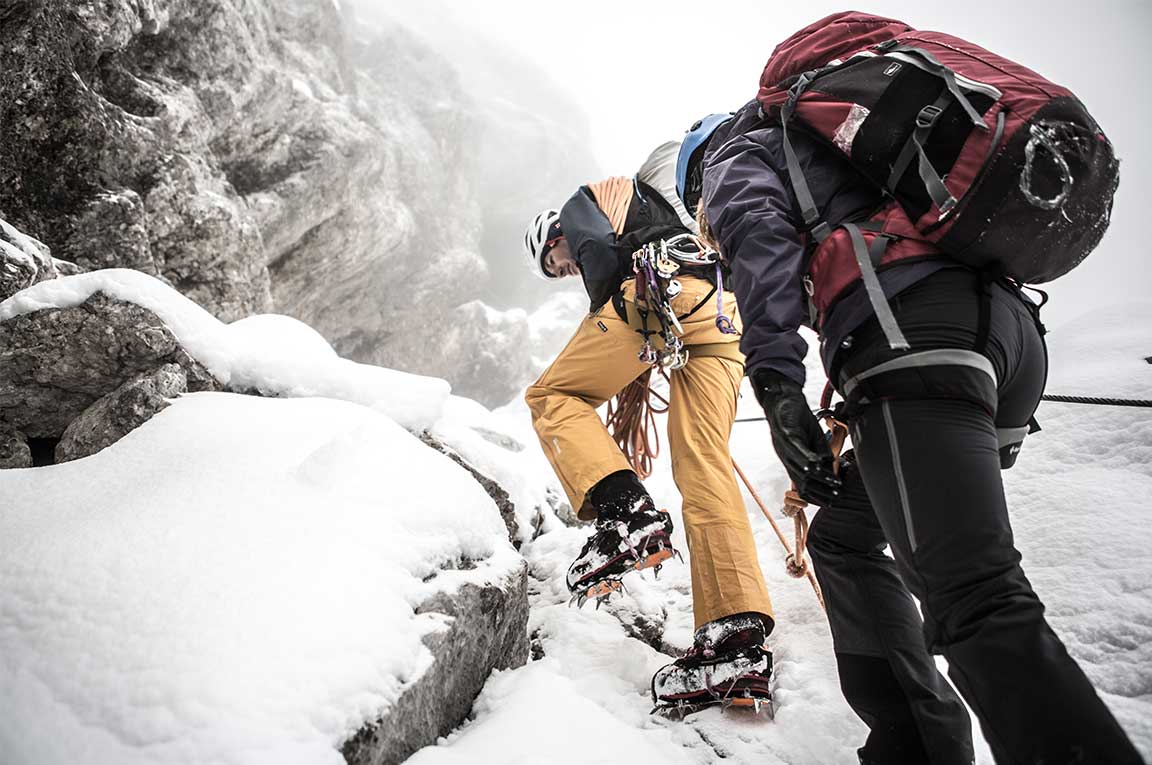 espite the conditions, all participants reached the summit by midday. This is the first time that no one has had to drop out or turn back during a Hanwag Alpine Experience. Not even this year’s record-breaking winter conditions – minus ten degrees Celsius and 30 centimetres of fresh snow – could stop the teams. 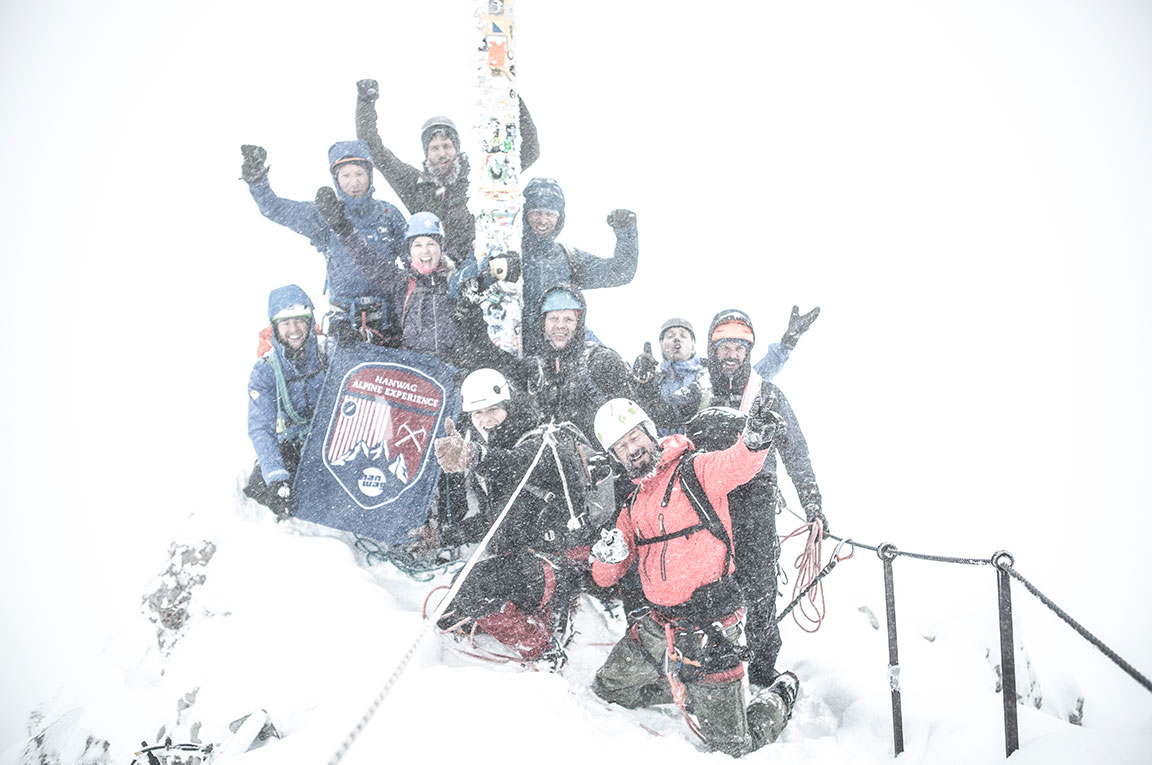 Once all participants had made their way back down safely by the Zugspitzbahn, this proved another good reason to celebrate on the Tuesday evening with a lively barbecue at the Eibseealm.